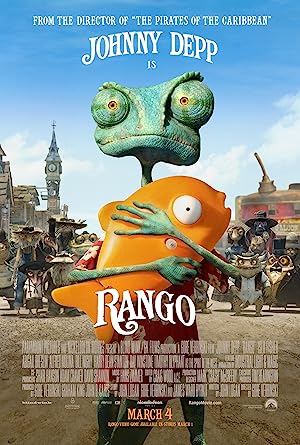 A pet chameleon (Johnny Depp) becomes stranded in the Mojave Desert of Nevada after his terrarium falls from his owners’ car by accident. He meets an armadillo named Roadkill (Alfred Molina) who is seeking the mystical “Spirit of the West”. While wandering the desert, he narrowly avoids being eaten by a vicious red-tailed hawk before meeting the desert iguana Beans (Isla Fisher). Beans takes him to Dirt, an Old West town populated by desert animals.