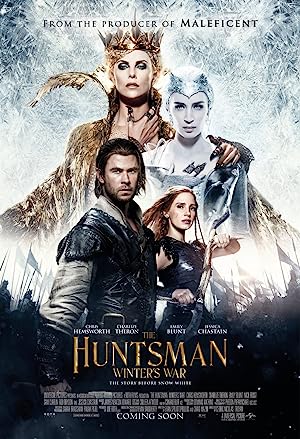 Evil sorceress Queen Ravenna’s powers allow her to know that her younger sister Freya, whose powers have not yet emerged, is not only involved in an illicit affair with an already elsewhere engaged nobleman Andrew, but is also pregnant with his child.

Sometime after Freya gives birth to a baby girl, Freya discovers that Andrew not only reneged on his promise of elopement with her but also murdered their child. In a grief-fueled rage, her broken heart freezes over and she kills him with her sudden emergence of powers – the elemental control of ice.

Eric and fellow warrior Sara, raised as members of ice Queen Freya’s army, try to conceal their forbidden love as they fight to survive the wicked intentions of both Freya and her sister Ravenna.