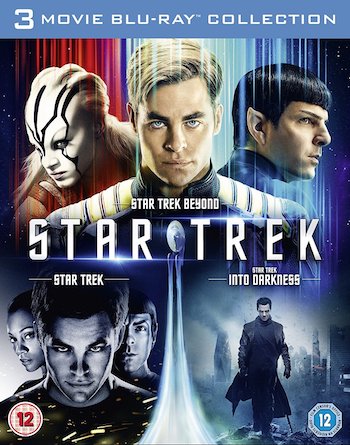 Movie Plot: After the poor reception of Nemesis and the cancellation of the television series Enterprise, the franchise’s executive producer Rick Berman and screenwriter Erik Jendresen began developing a new film, entitled Star Trek: The Beginning, which would take place after Enterprise but before The Original Series. In February 2007, J. J. Abrams accepted Paramount’s offer to direct the new film, having been previously attached as producer. Roberto Orci and Alex Kurtzman wrote a screenplay that impressed Abrams, featuring new actors portraying younger versions of the original series’ cast. The Enterprise, its interior, and the original uniforms were redesigned.

This revival of the franchise is often considered to be, and referred to as, a “reboot”, but it is technically a continuation of the franchise (Nimoy reprises his role of Spock from the previous films) that establishes an alternate reality from the previous films. This route was taken, over a traditional reboot, to free the new films from the restrictions of established continuity without completely discarding it, which the writers felt would have been “disrespectful”. This new reality was informally referred to by several names, including the “Abramsverse”, “JJ Trek” and “NuTrek”, before it was named the “Kelvin Timeline” (versus the “Prime Timeline” of the original series and films) by Michael and Denise Okuda for use in official Star Trek reference guides and encyclopedias. The name Kelvin comes from the USS Kelvin, a starship involved in the event that creates the new reality in Star Trek (2009). Abrams named the starship after his grandfather Henry Kelvin, whom he also pays tribute to in Into Darkness with the Kelvin Memorial Archive.