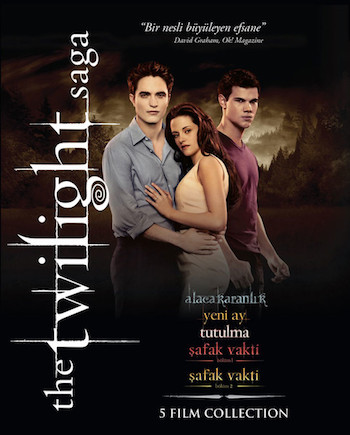 Movie Plot: Meyer. The films star Kristen Stewart, Robert Pattinson, and Taylor Lautner. The series has grossed over $3.3 billion in worldwide receipts. The first installment, Twilight, was released on November 21, 2008. The second installment, New Moon, followed on November 20, 2009, breaking box office records as the biggest midnight screening and opening day in history, grossing an estimated $72.7 million. The third installment, Eclipse, was released on June 30, 2010,[3] and was the first Twilight film to be released in IMAX.